Meet Dinero, a 10-year-old Walker cross who was beautiful. The problem with Dinero was he was a runaway horse and a bit flighty. He had run through some fences and away with a few people on the ground. After dumping his owner, she was hesitant about riding him. She wanted to make sure he was going to be safe.

When they came to me, they thought his problem was being spooky. Once we worked with him, we figured out that wasn’t his problem.

The first thing we always do is start in Kindergarten.

Just walk off, then asking him to back up. When you add pressure to a horse, they try to flee or move right or left. You want to keep both eyes and ears with you.

Then, we move on to first grade. The same horse that doesn’t move backward when I apply pressure flys to the side and tries to take off. After running into the rope hand a few times, he started to second guess running off.

A great horse will ruin your horsemanship. You have no reason to think or be the leader because they do everything for you. A lot of times, when I get a calm, easy horse that anyone can ride, they don’t give to pressure because people haven’t been doing any homework.

Controlling the Head of a Runaway Horse

The biggest issue with Dinero was the lack of ability to be able to control his head. So we spent a lot of time working with him to ensure we had full control of his head. Control the head, control the horse.

Dinero is supposed to be a “husband horse”—easy, safe, and dependable.

Once we broke through his resistance, it was like getting the steering wheel freed up and putting in power steering fluid. Once we got the power steering fluid in, he became easy to handle and manage, and we could do things the owners thought were impossible.

I worked on desensitizing him by touching his back, legs, and flanks. I wanted to see who he was and how he would respond. Remember to get them moving when desensitizing.

During this, we discovered something else. When Dinero was uncomfortable, he wanted to give. There was no crazy there. So even though he’s very stiff in the head, he’s at least willing to converse.

Remember, bigger gaited horses are often not very soft to left and right. They were bred to go in a straight line. When you get them in real life and ask them to be soft, it’s like taking a dragster to a Nascar race. They don’t steer.

As he got softer, I switched to the other side, leading with my eyes. I want to see that he goes in that direction whenever I switch the direction with my eyes. He doesn’t want that pressure.

Working on a circle and working your way in is a good way to work on softening. Whenever it gets calm and quiet, grab with your second hand, and now whenever he stops, release. Most horses immediately want to go forward again, so switch to the other side. Dinero tried to buck at this point, but keeping my hands light and out of his face meant no one was fighting with him.

So I started touching, releasing and asking for the back.

Guess what? When horses begin backing, then they start giving.

Backing is submission. Backing is a very unnatural motion for a horse.

This horse doesn’t like the back. But this is not a democracy.

When it came to playing soccer, putting the tarp on Dinero’s back, or standing up and waving a tarp, we could do things the owners thought couldn’t be done.

It came down to the simple statement: control the head and control the horse. His owners couldn’t control his head, so anytime he spooked or got nervous, he would lock up and take control. Since we took that out of him and got him more submissive, we got him to do everything.

Want to see Dinero’s complete training session? Check out the video on YouTube.

How Safe is your Horse?

Can you control every part of his body, even if he’s scared or unsure?

There are some specific things that I believe every horse should be able to do before he or she is considered completely safe to ride. So that you can see how safe your horse is to ride, I’ve created this FREE Horse Safety Checklist. 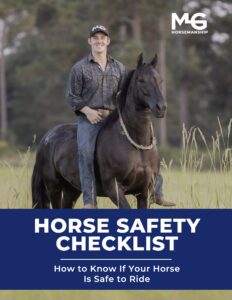 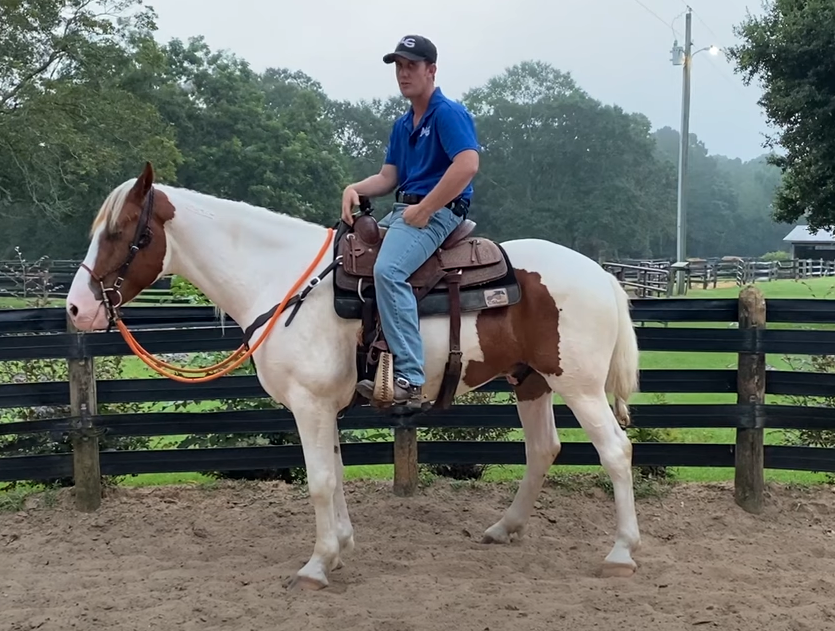 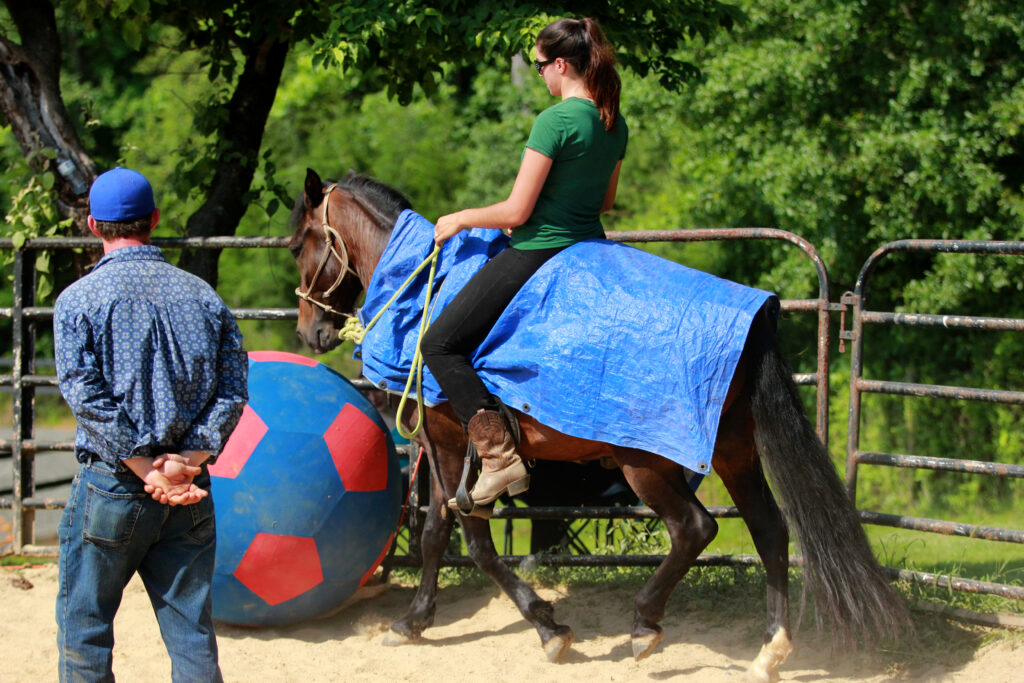 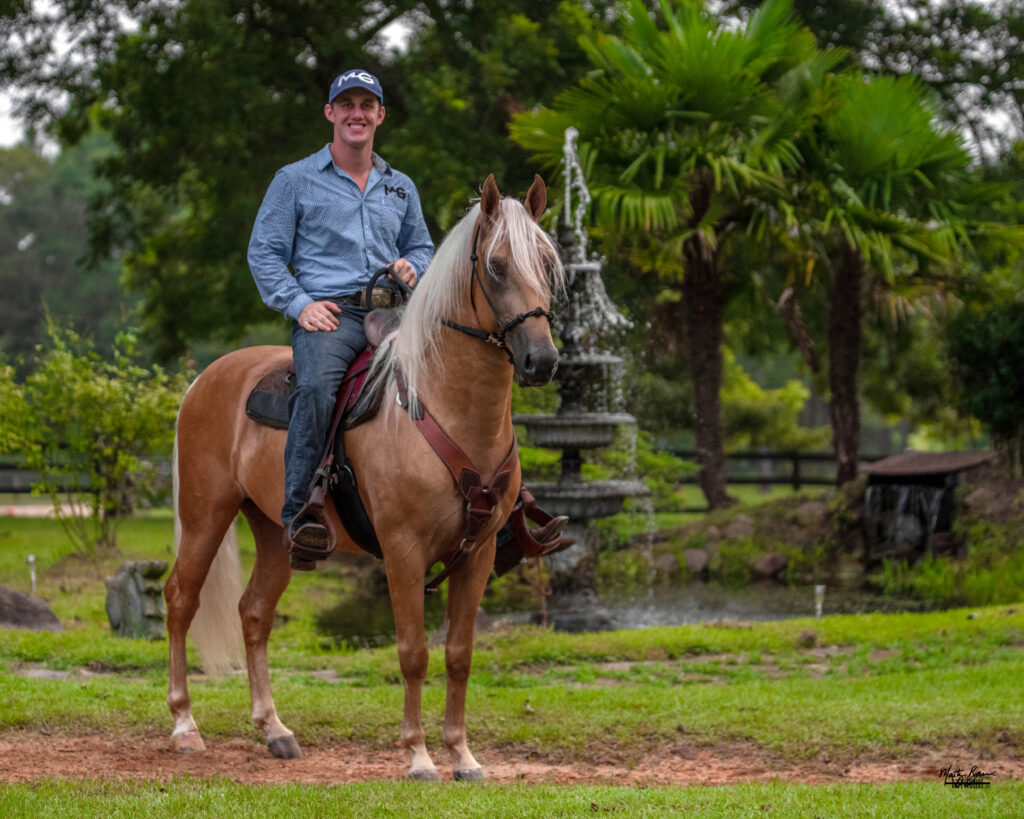